Walks with a Siberian Husky and Leonberger puppy are never boring!

I was out early yesterday before the sun came out. Walking downhill on a mule track through a neighbour's olive grove, Khumbu goes down in to killer stalk mode, frozen in the “if it moves its dead”. I'm holding on to him, and the 50kg 10 month old puppy Kyra, I'm straining to see what he has seen, cat? bird? fox? wildboar? nope cant see anything. I walk forward with Khumbu walking one paw at a time still in his “I'm so low to the ground nothing can see me” mode, suddenly he launches through the air and pounces on something, making both me and Kyra jump.

It was a piece of plastic hidden in the long dead grass!!! My brave husky 🙂 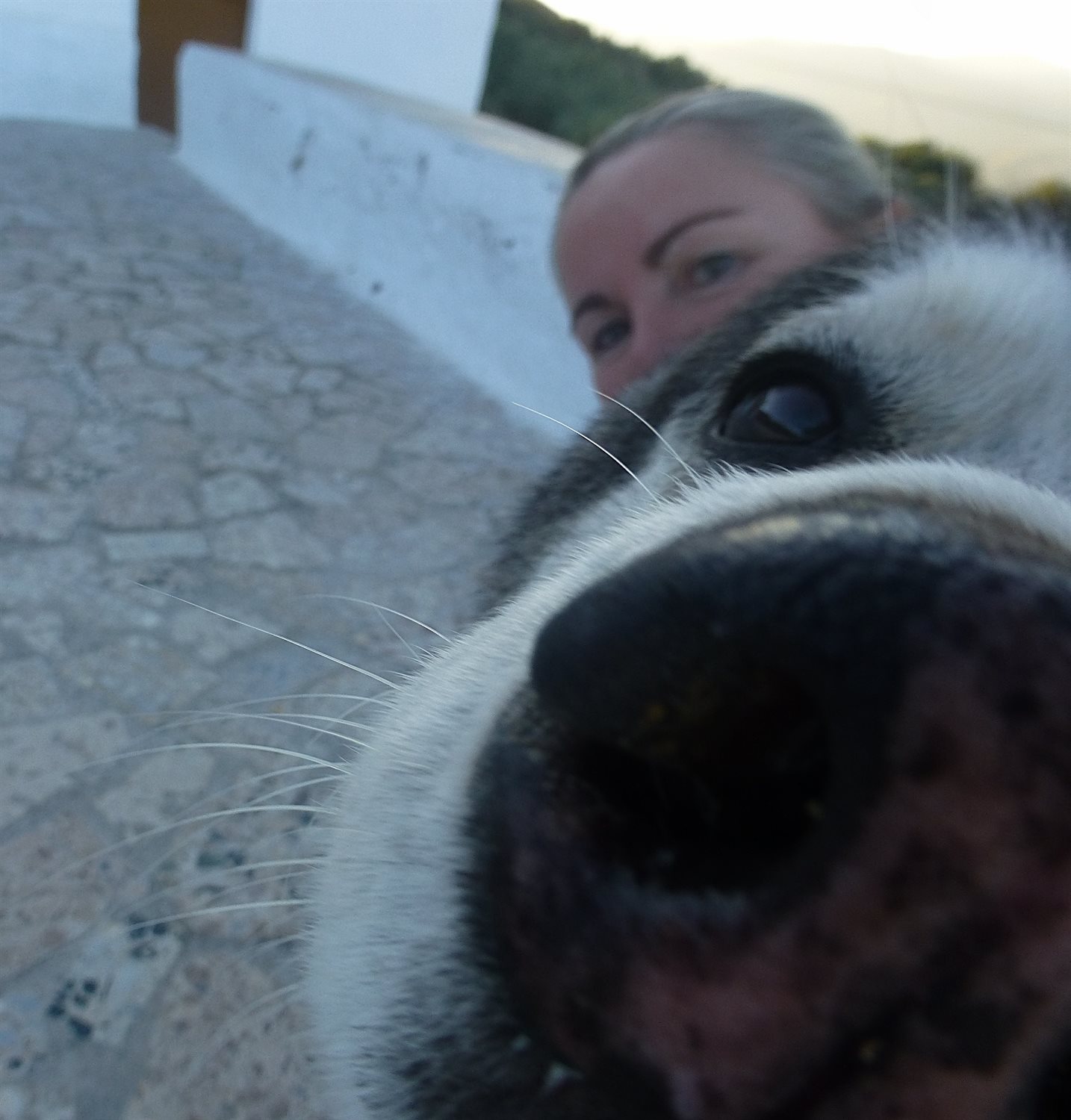 We had a delayed dog walk this morning due to a storm, which sadly never arrived. Rita was convinced it was going to come and she refused to go on the walk. So just Arko and I ventured into the 97% humidity 🥴 but we were treated to some pretty nice views. 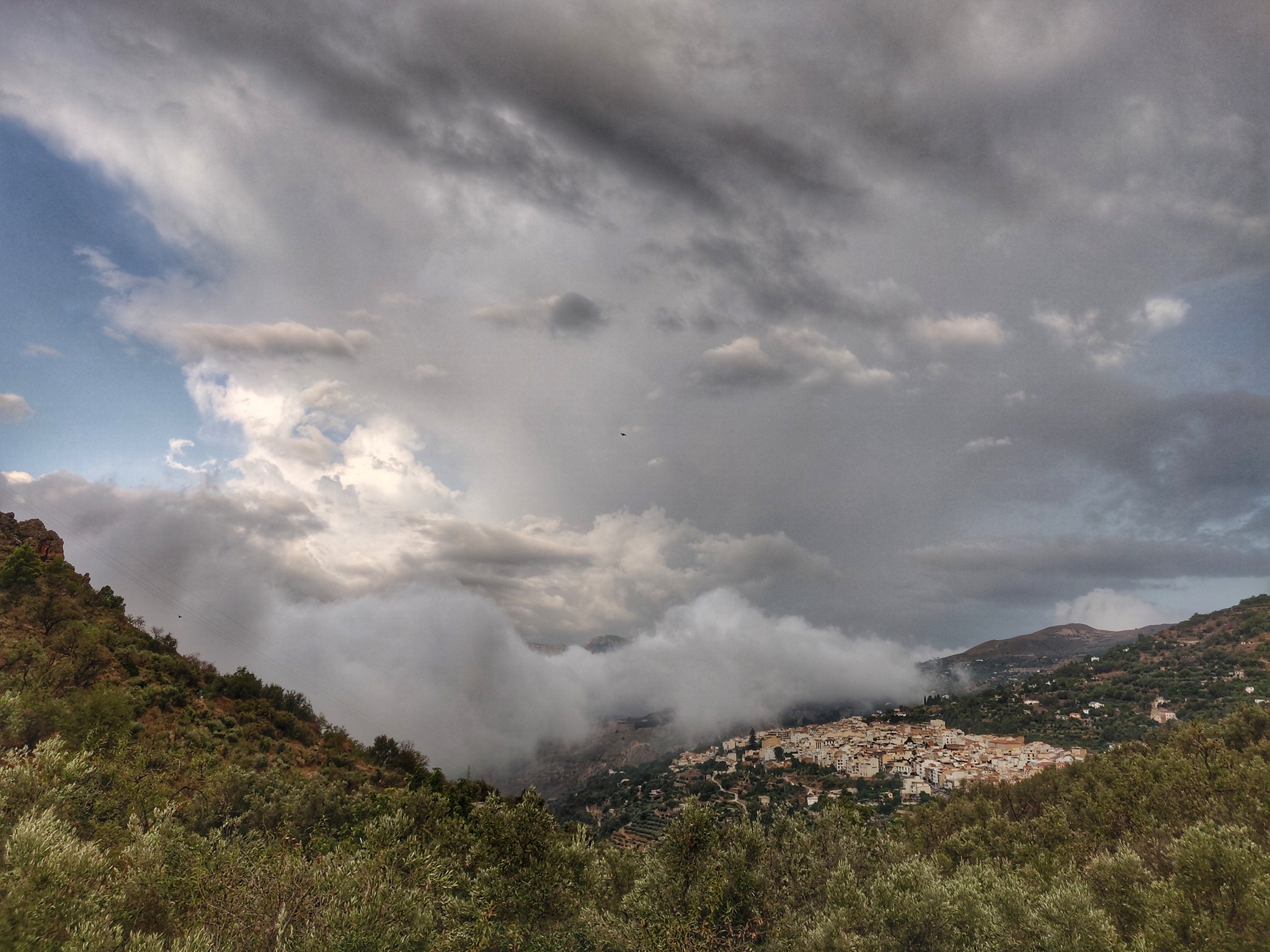 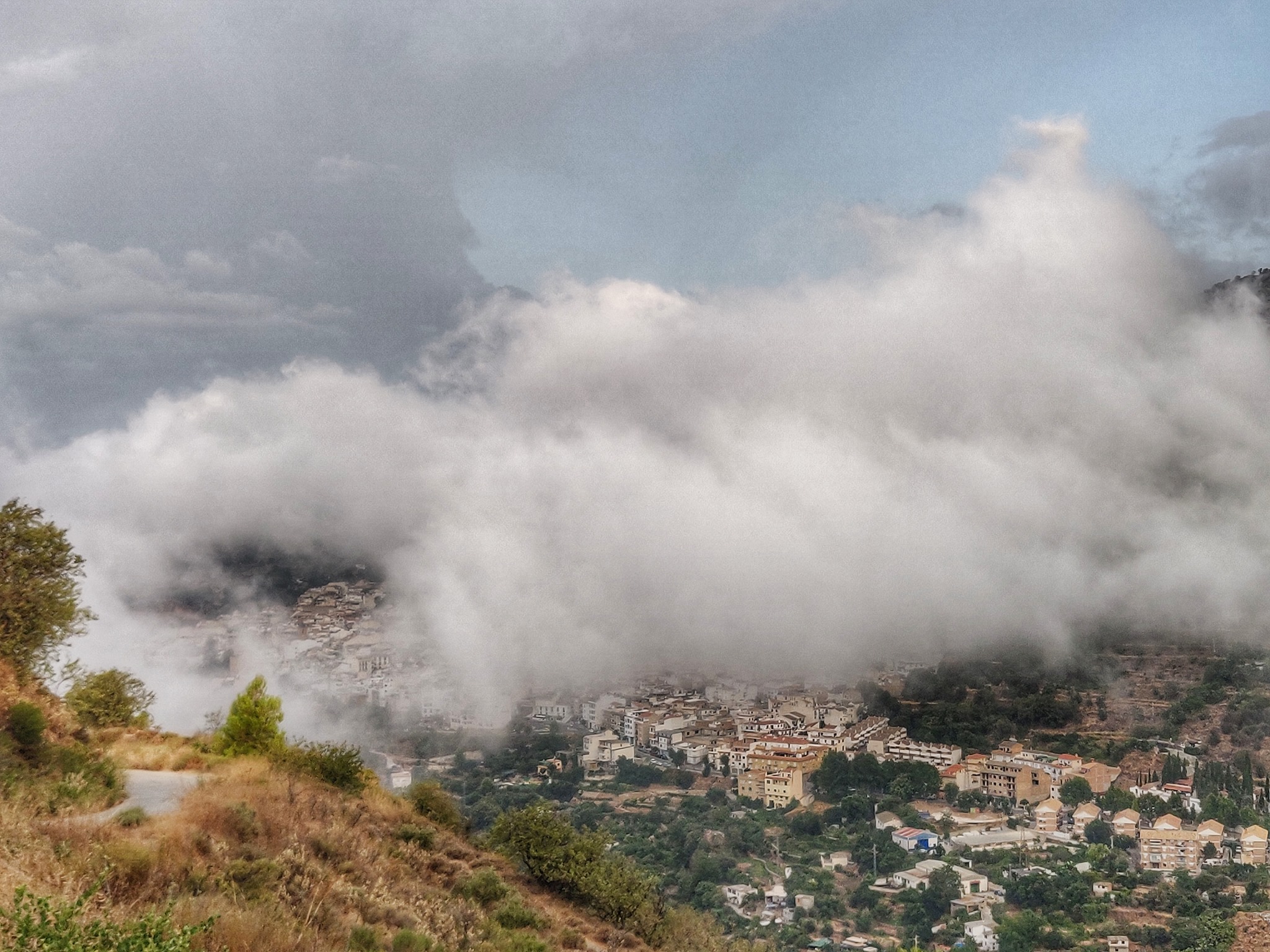 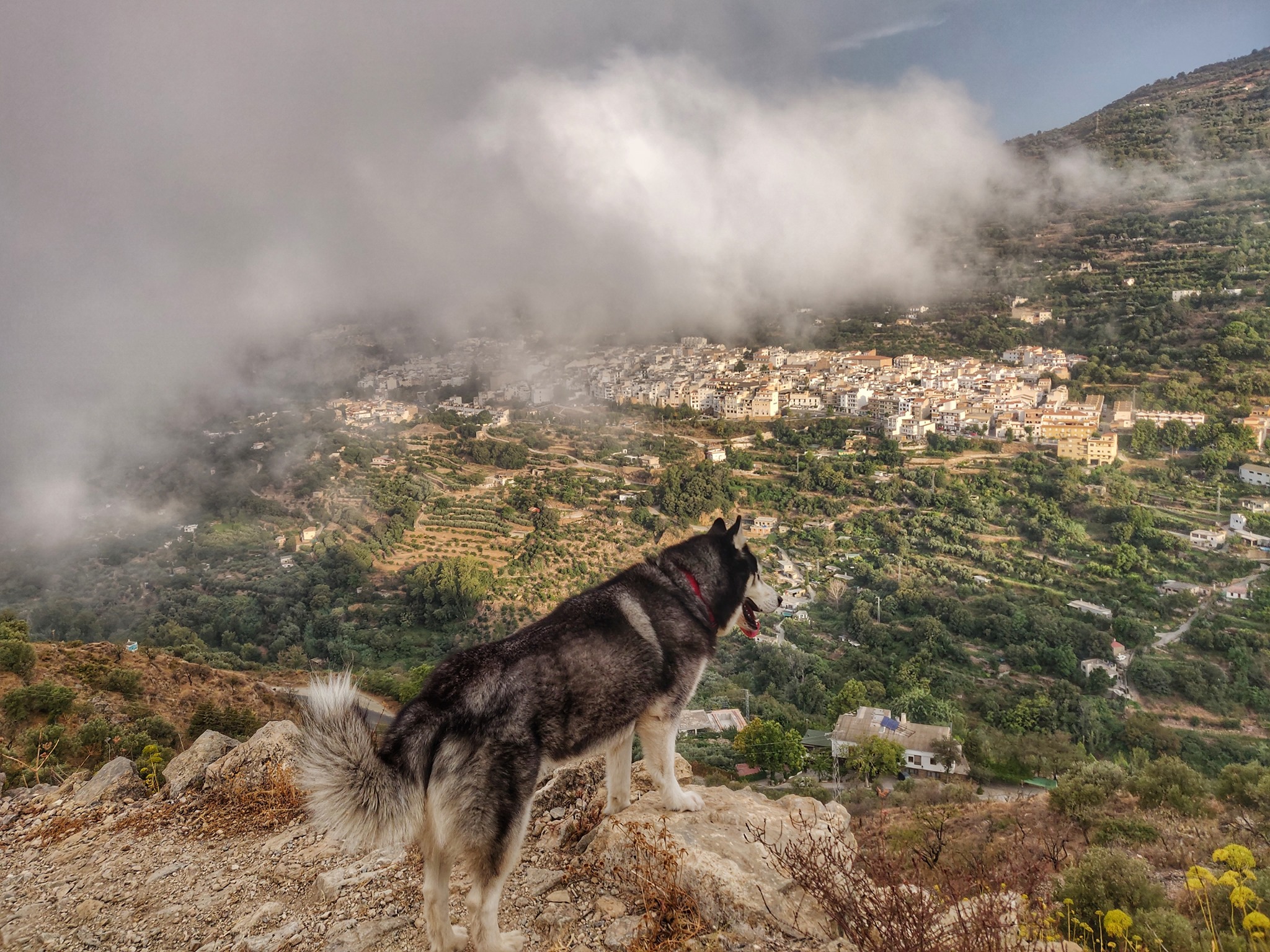 We walked up the Lanjaron Valley to the far end and came back via the spectacular Verea Corta. It was a surprisingly hot couple of days. We had some great close up encounters with wildlife including Golden Eagle, Griffon Vultures, Ibex and lots of butterflies. 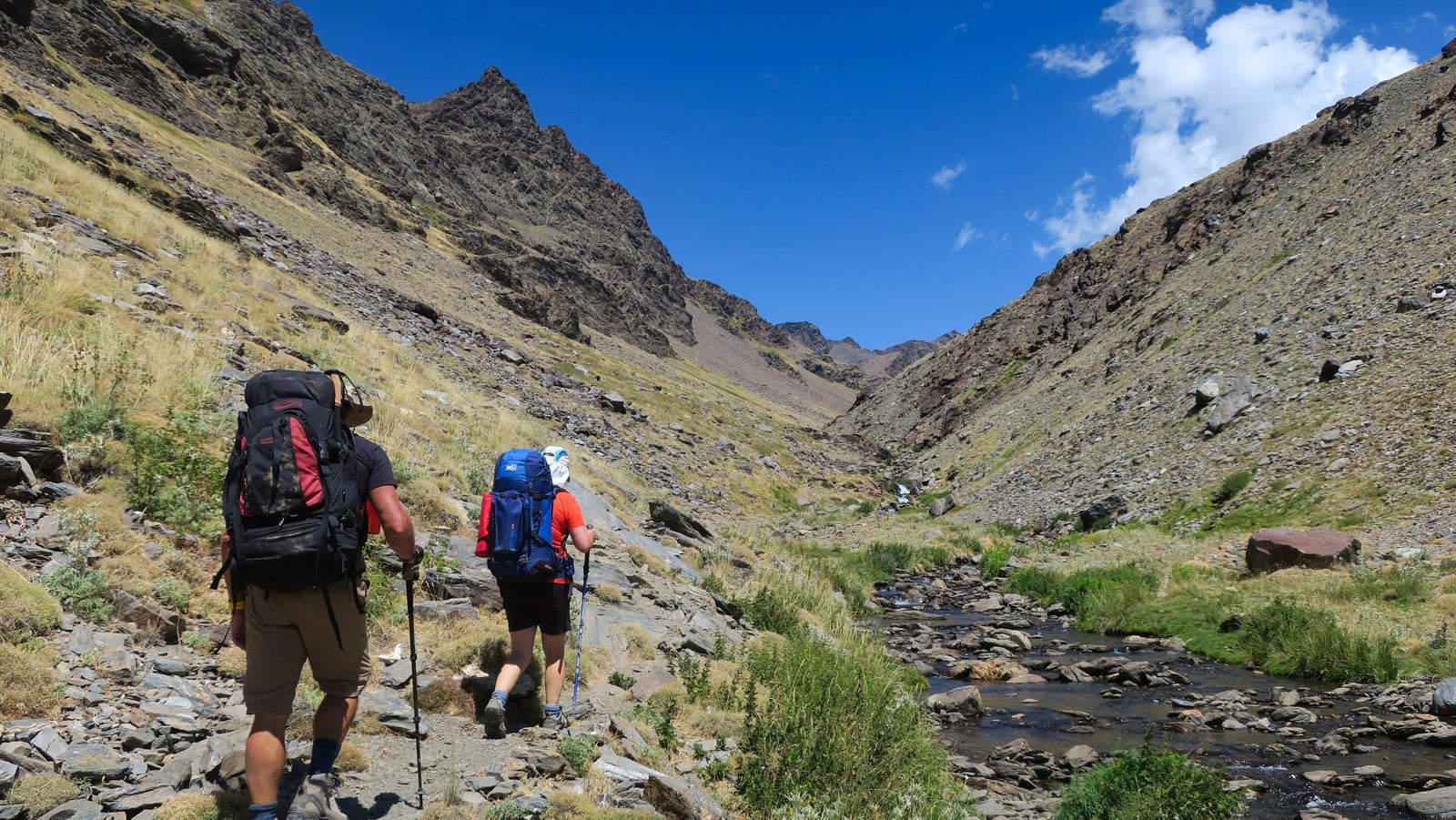 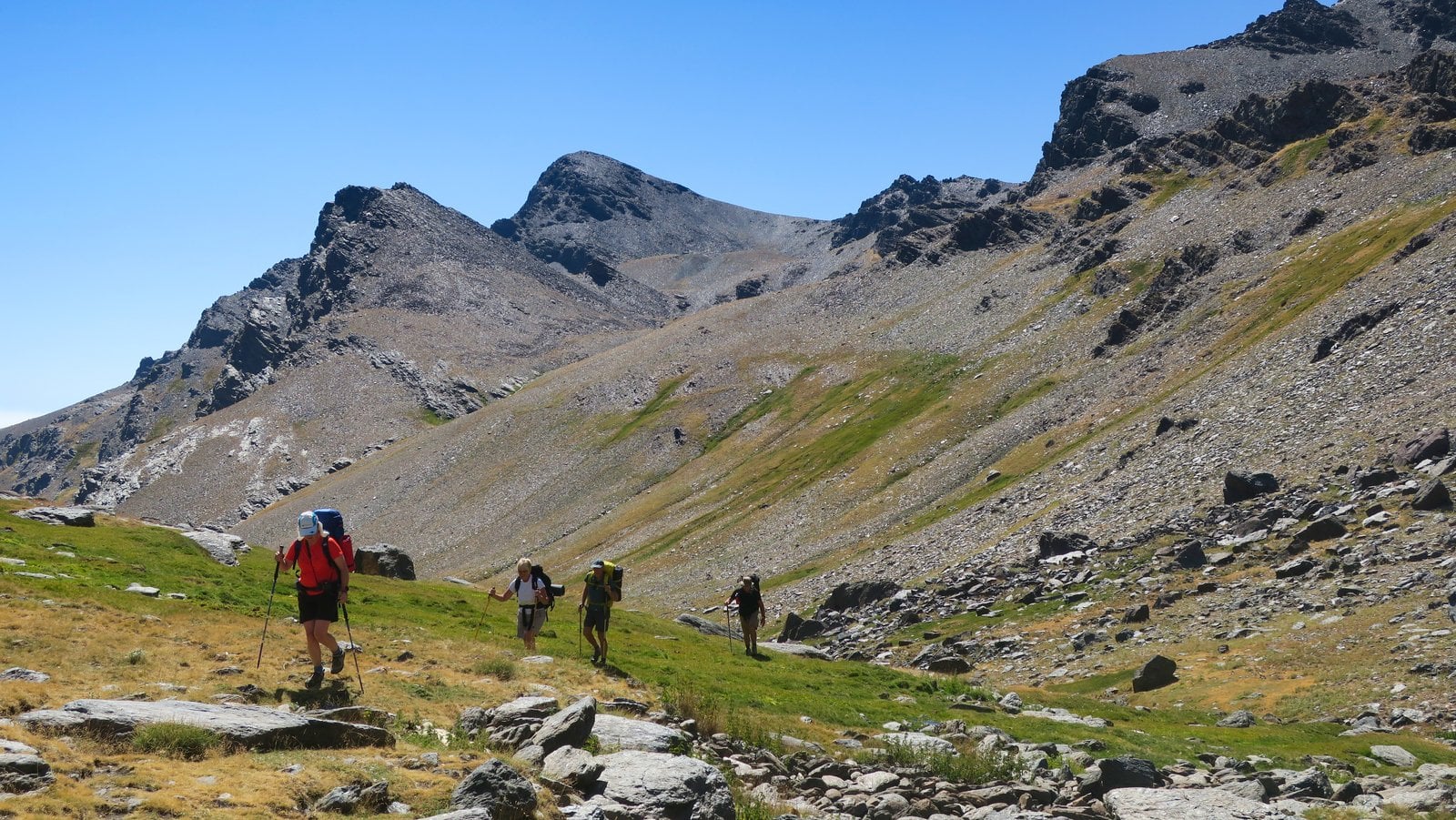 Day 5 of the heatwave

I've been calling this place home for 15 years today, what a ride it's been. Thank you Lanjaron ❤️ 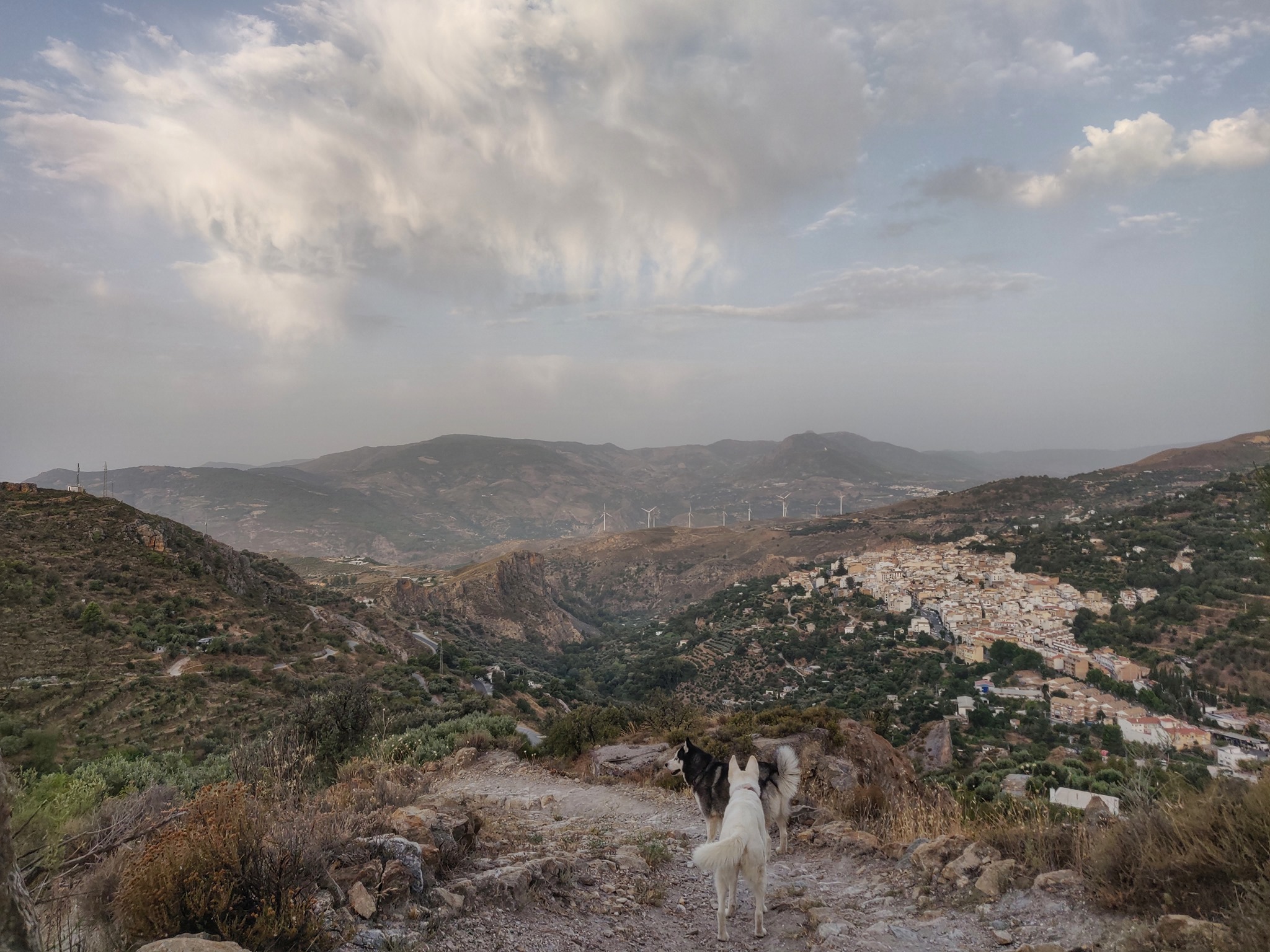 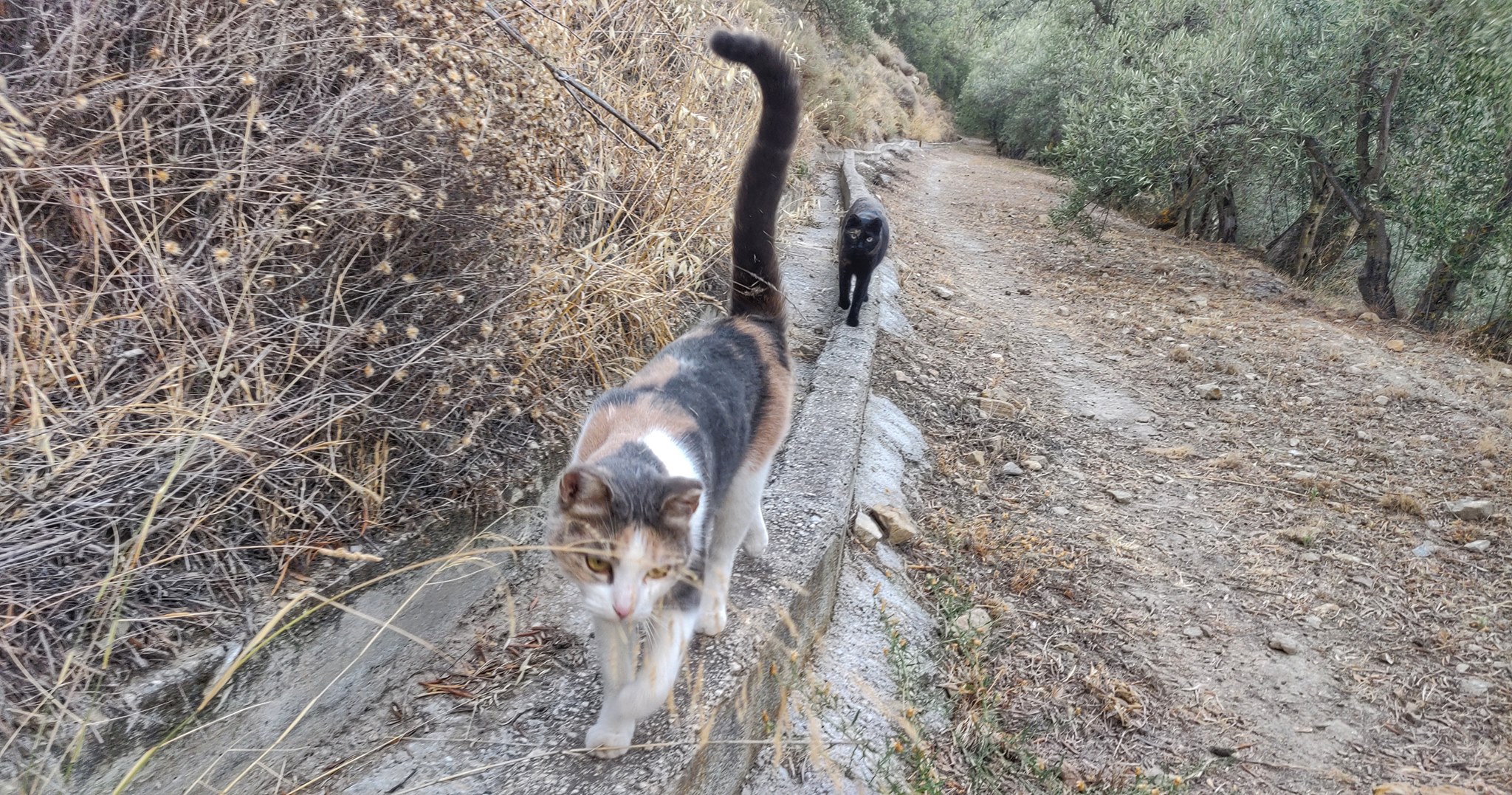 This afternoon we have smashed yesterday's all time high record, which now stands at 43.8C (110.8F). Please don't let tomorrow, day 6 of the heatwave, be like today 🙏

Day 4 of the heatwave

My idea of posting a picture same time same place during this heatwave episode didn't really work as the view was mostly the same 🤦 The Sahara dust didn't effect the view either 🤷 So it's back to normal service. Here is a picture of the cats. They say it's to hot to do anything other than lie flat 😂

So it seems yesterday was the warm up for today. We've just broken our all time high we've ever recorded at the house 🥵 It was 41.6C that was recorded in July 2017. Hopefully we won't see to many of these days.

Day 3 of the heatwave

Day three of the heatwave. I'm late with today's picture because we took the dogs for a swim, so the picture was taken at 11.50am 32.7C In keeping with the 11am theme the temperature at 11am was 34.2C (93.5F) Our area is on orange alert today for high temperatures, expecting up to 39C (102F). Other places in Spain are expected to reach up to 46C (114F) 😳🥵 We just have to make it to Tuesday when the temperature is expected to drop by a lot 🤞 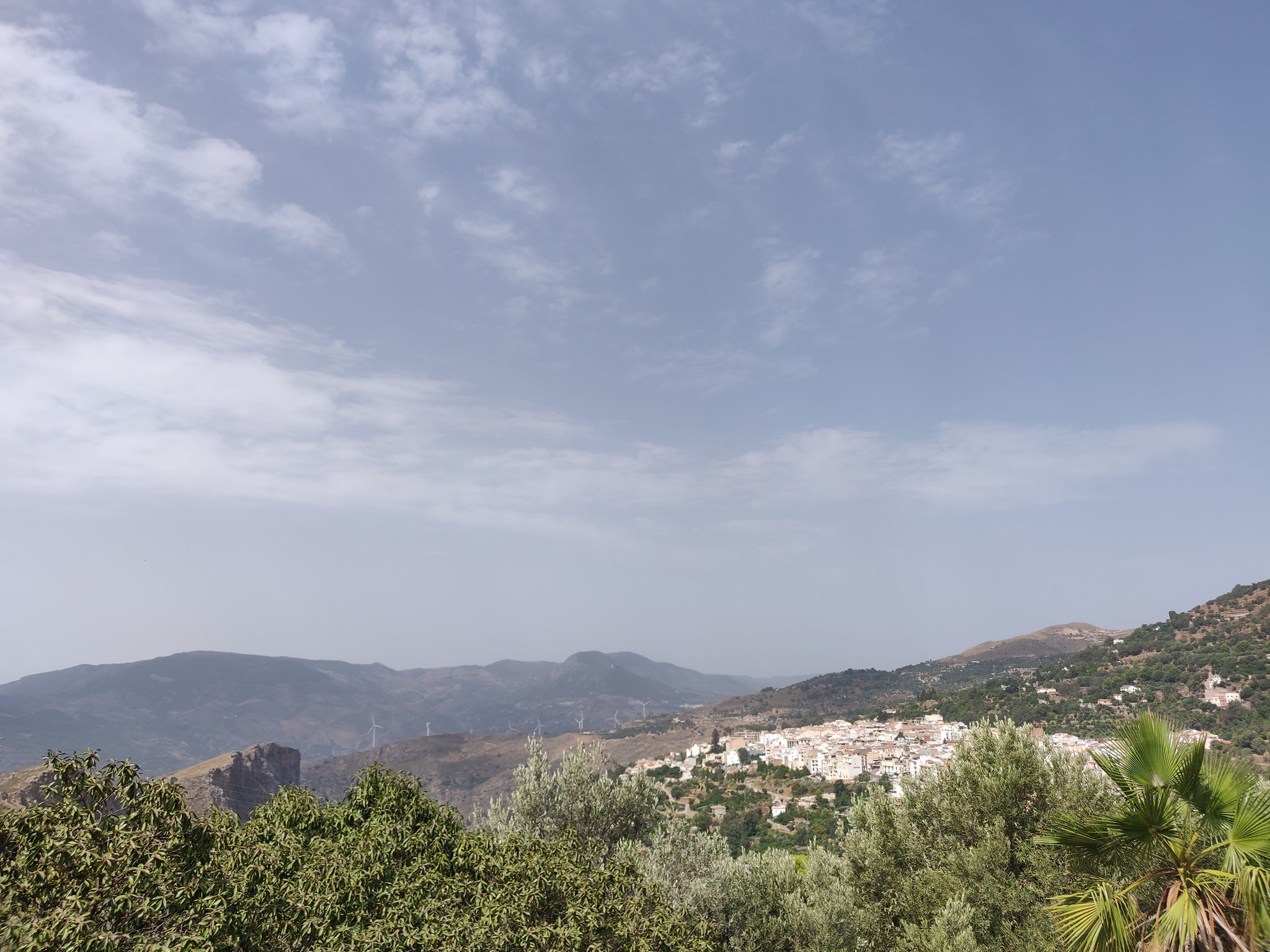 It seemed a good way for the dogs to keep cool when it's 29C at 7am. They both learnt to swim today, they had a lot of fun. Hopefully on the next visit they will have more confidence.

Day 2 of the heatwave

Day two of the heatwave. Errrm it's 24C with 78% humidity at 11am. That's 8 degrees cooler than yesterday at the same time. It's been a strange morning with lots of cloud around and even the occasional cool breeze blowing through. The Sahara dust appears to be less as well. Let's hope the heatwave for Lanjaron continues this way 🤞 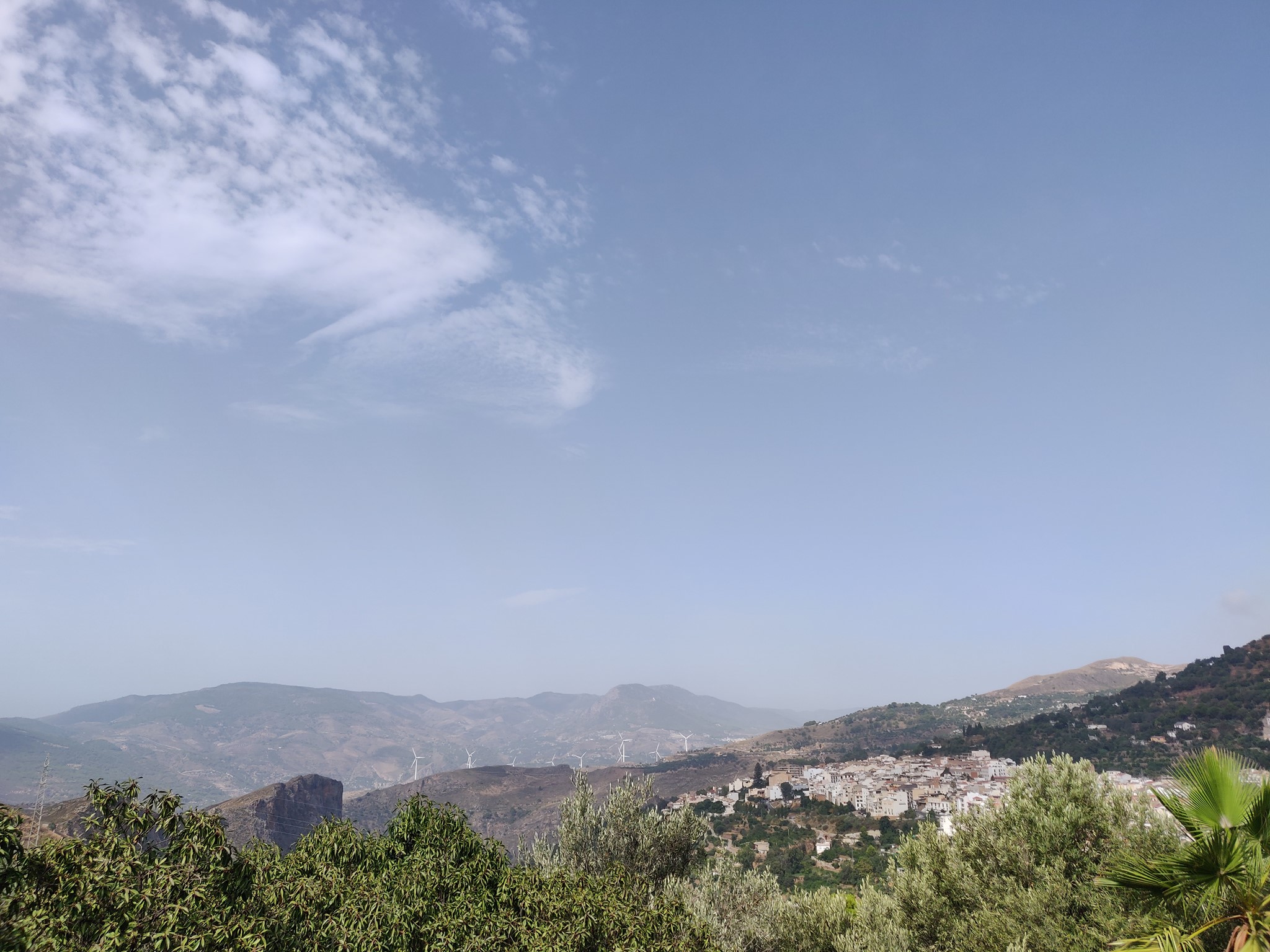 Day 1 of the heatwave

Day one of the heatwave. I thought, out of curiosity, I'd try to take a picture around the same time each day. The idea is to see how the view changes the further into the heatwave we go, and the more intense the Sahara dust gets. 11am 32.4C (90F) Don't forget to put some water out for all the animals out there that are going to struggle in the heat 🥵 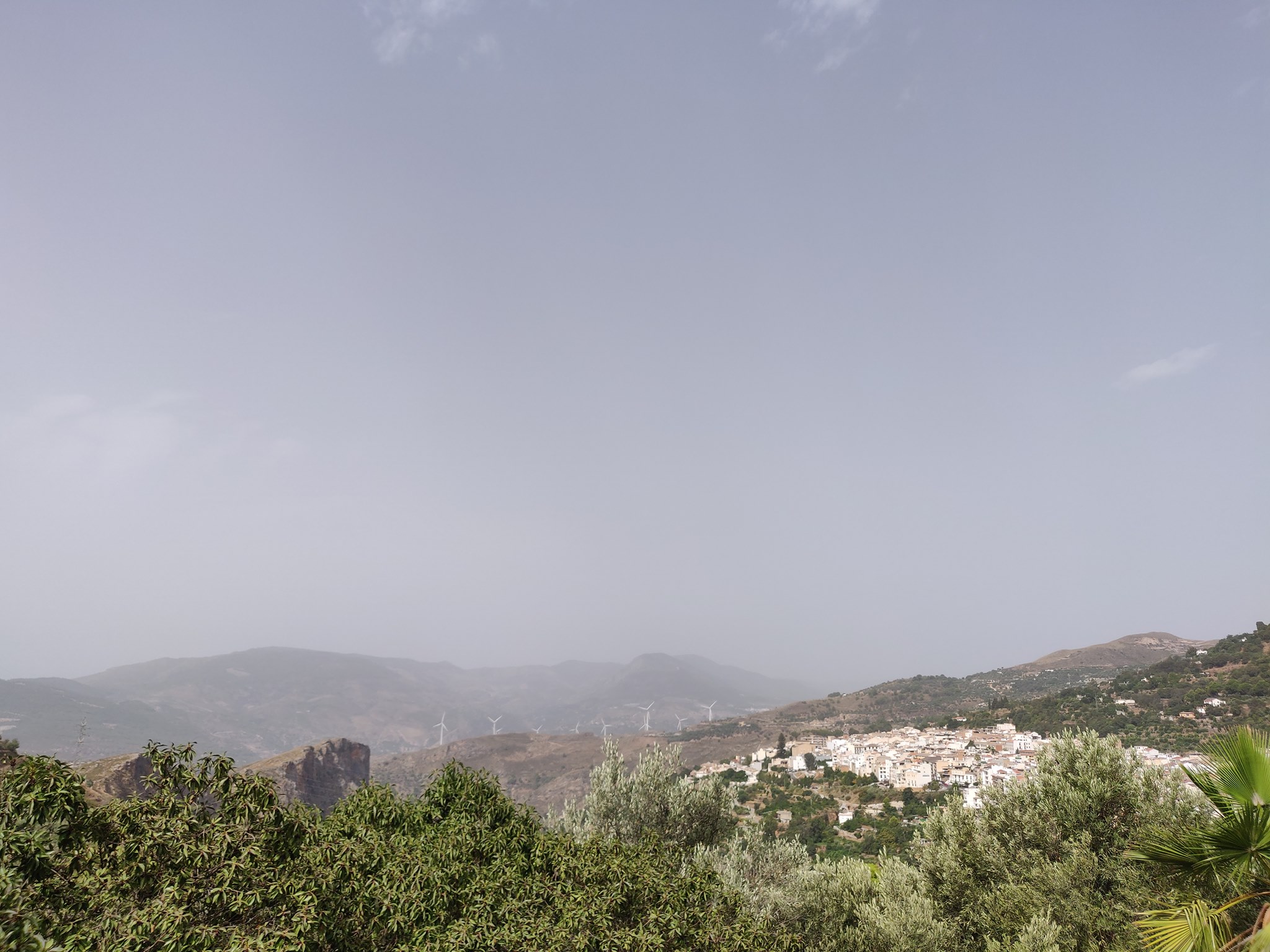 Not sure any of our animals are normal 😂 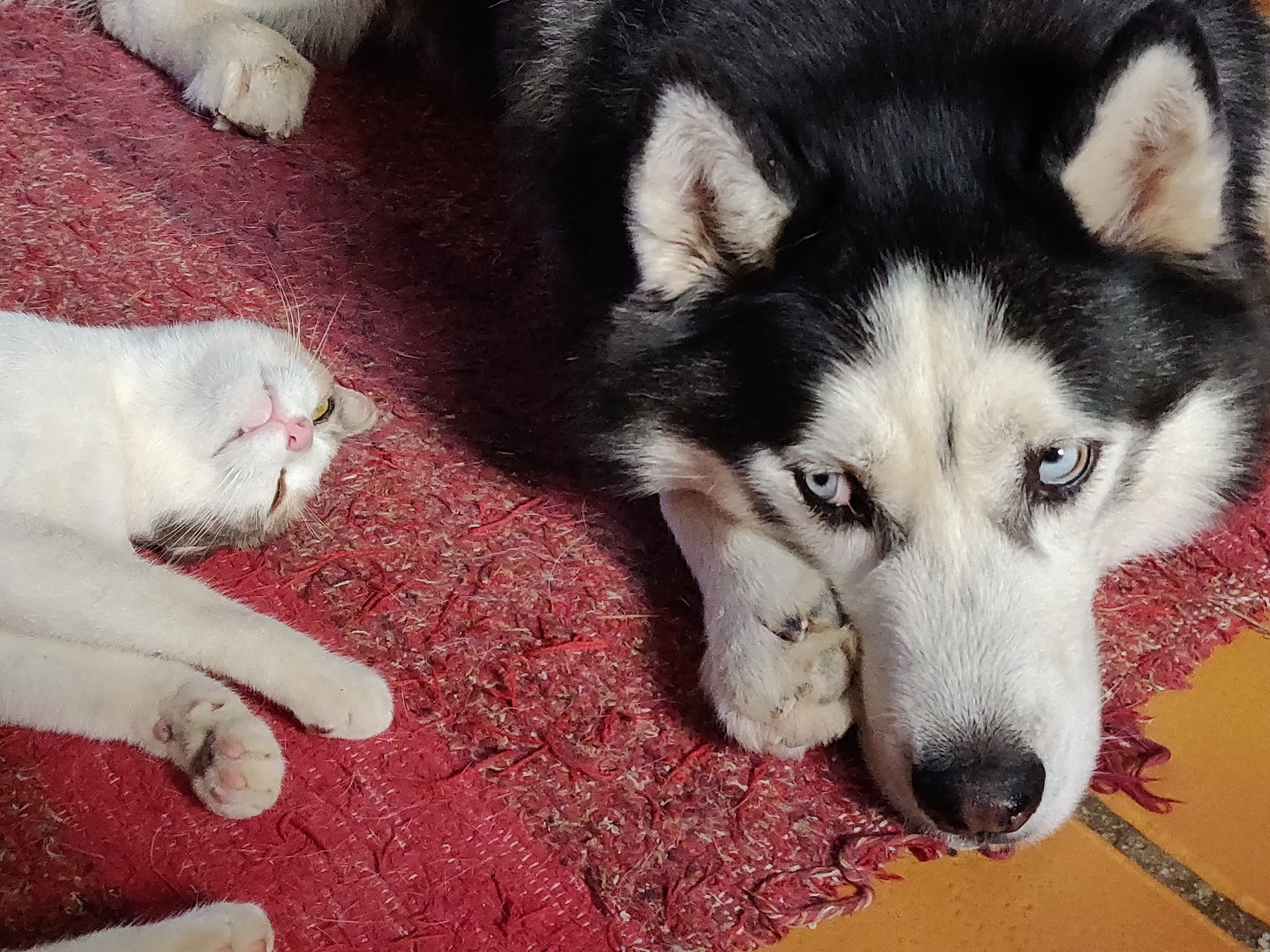 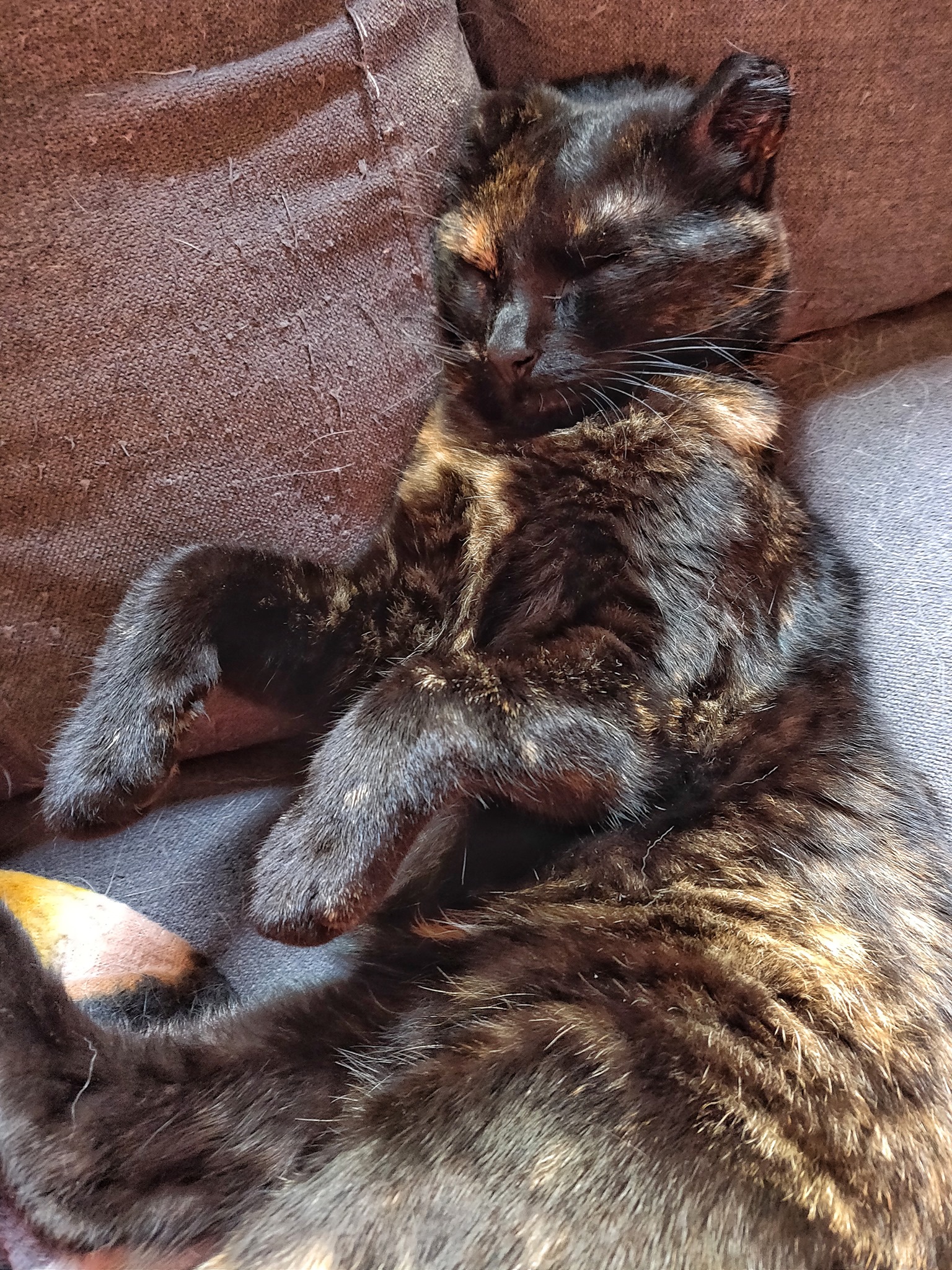 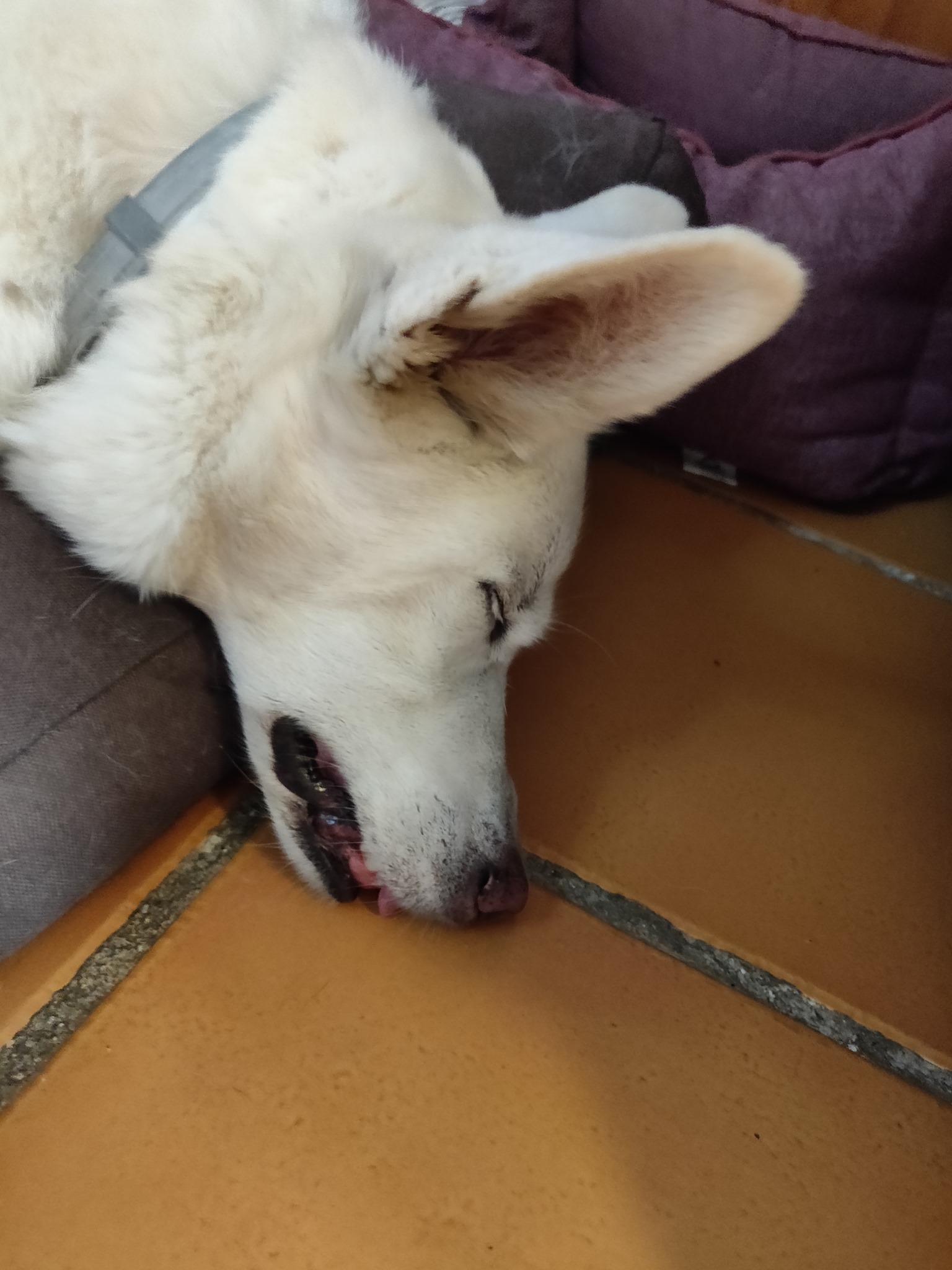 Keeping cool walking in the river 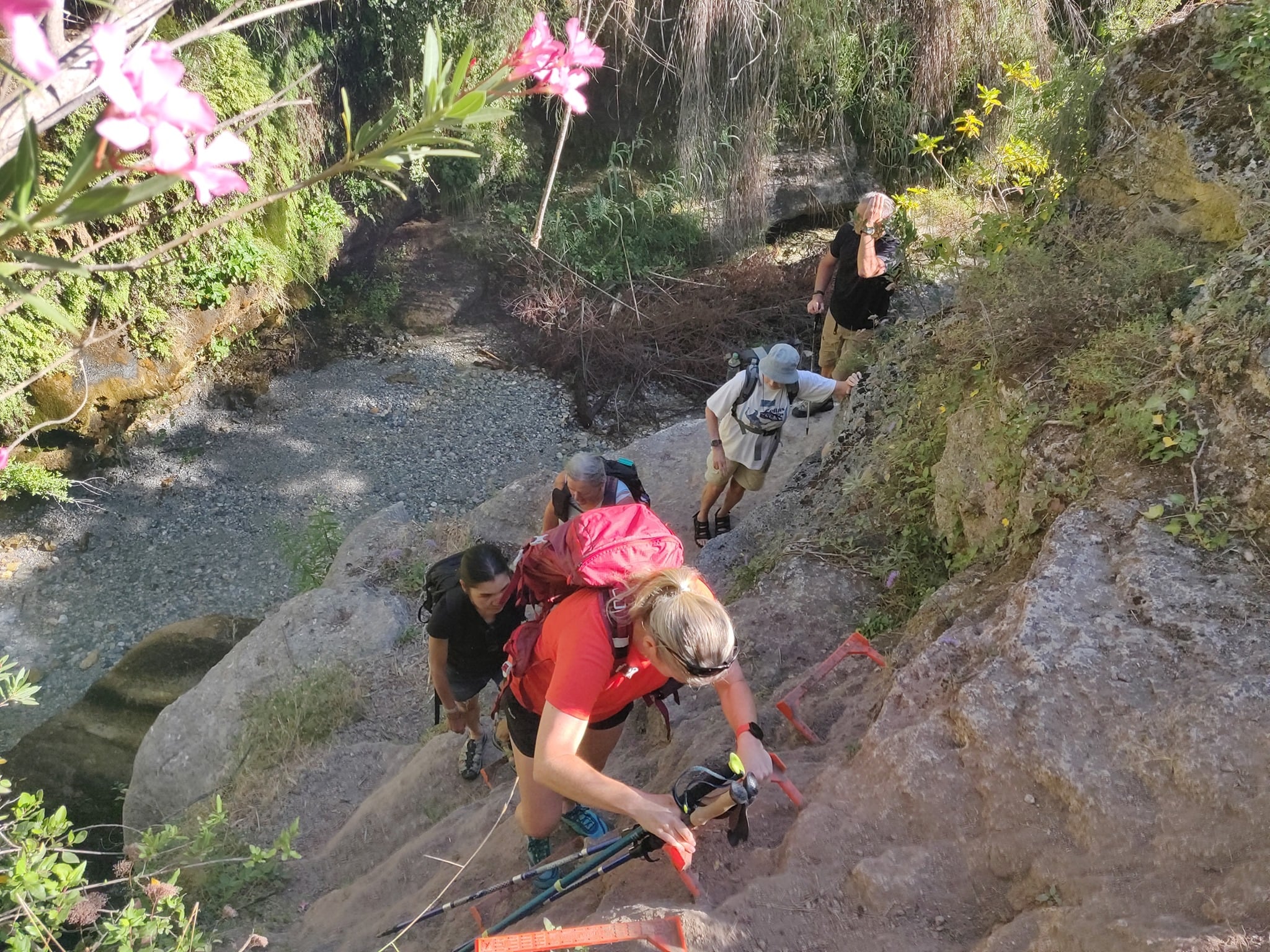